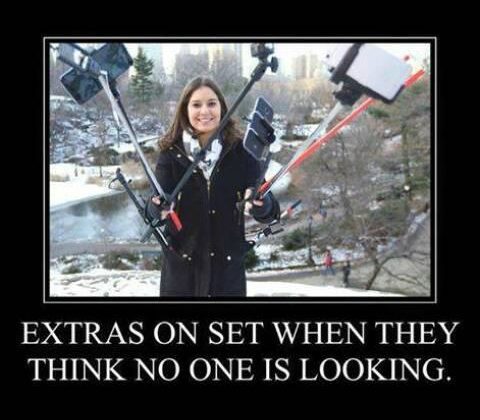 Film sets over the last 10 years or so have changed. With the addition of camera phones, social media and storyline leaks, our Film Set Security operatives are trained to be vigilant with phone use around the set area and around the artists. We have a duty when we sign an NDA for productions, we should read the content before we sign to understand protecting image content and the implications if the line has been crossed.

Different production companies have different views on phones on set, we have as part of the set security protocol often have had to keep the phones in a secure storage area for crew, background and visitors. We also provide stickers that go over lenses on a phone or tablet device and will be detectable if it is removed before time. Production security teams often use these on a high profile commercial product that has not been launched yet or a set with a high level of IP.

We also agree with productions that trust the career professionals, who work through the project are very unlikely to take a photo on set as it would harm their livelihood and future work, the usual suspects are likely to be delivery drivers, dailies and background artists.

How many times have I had to ask a background artist polity delete a selfie of themselves on set after signing an NDA and claiming “I had no idea”, “the AD said it was OK”, ” I was doing my own checks with the camera”. All of our Film Security and Traffic Management operatives have signed a company confidentiality agreement before they engage into their screening process and contract.

Excellent blog here! Also your website loads up very fast!
What host are you using? Can I get your affiliate link to your host?
I wish my web site loaded up as quickly as yours lol