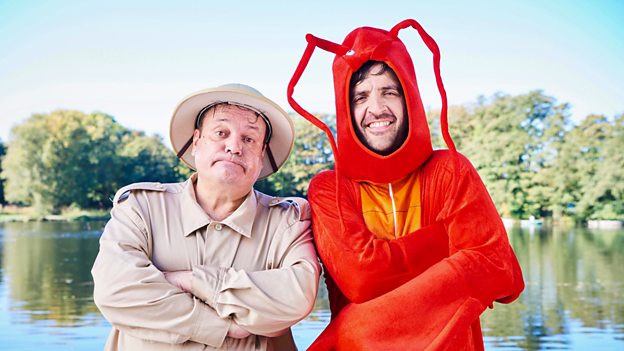 Mister Winner (w/t) stars Spencer Jones (Upstart Crow, Tim Vine Travels Through Time) in the lead role as the ironically named Leslie Winner, who, despite all his best intentions, is forever finding himself in disastrous situations.

Lucy Pearman (The Mind Of Herbert Clunkerdunk) stars alongside him as his fiancée Jemma, with Shaun Williamson (EastEnders, Extras) as Jemma’s father Chris, Harriet Thorpe (The Brittas Empire, Absolutely Fabulous, French And Saunders) as Leslie’s mother Sharon, Oliver Maltman (Back, The Crown, The Kevin Bishop Show) as Sharon’s younger boyfriend Steve, and Leon Annor (The End of the F***ing World), as Leslie’s best mate Cooper.

Leslie Winner is an eternally-optimistic klutz with his heart in the right place. Somehow, despite his calamitous nature, he has found love with his fiancé Jemma and they are preparing for their wedding. The pressure is on Leslie to find, and keep, a job, pay for the honeymoon and keep his father-in-law happy, his mum and her new boyfriend happy – and hang on to Jemma long enough to walk up the aisle together. Will Leslie be a winner or will his surname continue to be ironic?

Spencer Jones says: “Two weeks ago, we were in so much debt that my missus had to hide our car a few streets away from the bailiffs. This week I’m the lead in a BBC One sitcom. Welcome to the entertainment industry. I really hope people like the show because I can’t find the car and the missus can’t remember where she parked it.”

Shaun Williamson adds: “I’m delighted to be part of Mister Winner, alongside the brilliant Lucy and Spencer. Leslie is like the son-in-law I never wanted. I have to keep reminding myself he’s not real or I’d never sleep at night.”

Chris Sussman, BBC Studios’ Head of Comedy and Executive Producer of Mister Winner, says: “Spencer Jones is a very funny man but a massive liability, and I can’t believe we’ve let him loose around some very expensive production equipment. Let’s hope the BBC’s insurance premiums are up to date.”

Filming for Mister Winner, (6 x 30) which is a BBC Studios production for BBC One, is already underway. It is Executive Produced by Chris Sussman, written by Matt Morgan (Murder In Successville, The Mimic, Hospital People), produced by Richard Webb and directed by Andrew Chaplin.

Launch Project
Manage Cookie Consent
To provide the best experiences, we use technologies like cookies to store and/or access device information. Consenting to these technologies will allow us to process data such as browsing behavior or unique IDs on this site. Not consenting or withdrawing consent, may adversely affect certain features and functions.
Manage options Manage services Manage vendors Read more about these purposes
View preferences
{title} {title} {title}