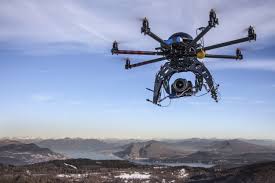 In the last few year we have helped Productions, Location Departments and Drone companies to safely film spectacular shots with securing the flight zone beneath the path of the drone. We assisted with the first permitted drone shoot in Westminster last year through Leicester Square and liaised with the location department and the drone team to implement safe take off and landing zones as well as an emergency procedure document in case of any emergencies.

We use the Film Security team to lock off positions to keep the public at a safe distance as well as the Traffic Management to control the traffic, the filming area is locked off for the time it takes the drone to take off and land safely. The Lock off requires each of the lock off points to call out that they are locked over the radio and the lock off co ordinator will inform the drone pilot and first AD that it is safe to shoot.

From November 30 2019, drone operators will have to register their device with the Civil Aviation Authority (CAA) and take an online safety test (more details on this in the section below). Anyone who fails to register or sit the competency tests could face fines of up to £1000.

Police are also going to be given extra powers in November. Officers will be able to “enter and/or search premises, with a warrant, where there is reasonable suspicion that there is a drone and/or its associated components which the police reasonably suspects of having been involved in the commission of an offence”.

They’ll also be able to issue fixed penalty notices (FPN) up to £100 for minor drone-related offences, “as a way to immediately and effectively enforce as a deterrent to offenders and to reduce pressure on Magistrates’ Courts”.

A drone user could be slapped with an FPN for committing any of the following offences: